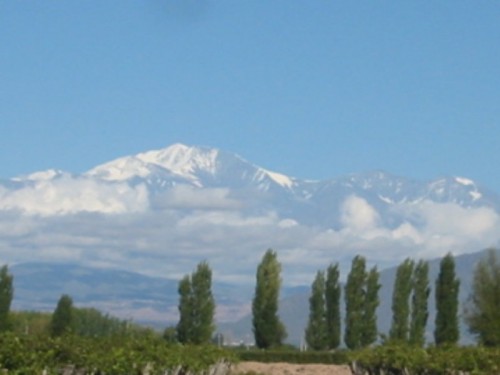 This week’s “Cogill Wine & Film, A Perfect Pairing” Podcast, we dive into the wines of Mendoza, toasting some of the incredible selections from vineyards in the foothills of the Andes Mountains that we shared on our recent trip to Argentina. But first, we give a quick overview of the rather disappointing new film “Triple Frontier” on Netflix. More of Gary’s thoughts on the film below.

To listen to the show, click here, or listen through your favorite podcast site, including Spotify, iTunes, IHeartRadio or Google Play. Cheers and Aloha! 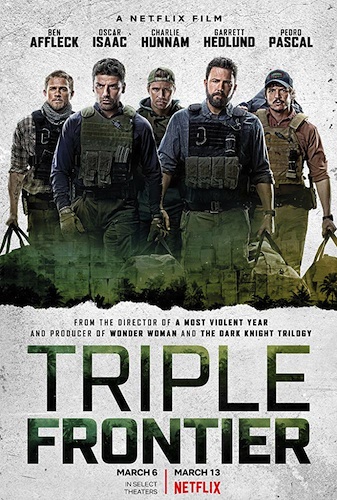 “Triple Frontier” or “All Guns And No Brains”

When the film popped up on Netflix it was an easy choice, but the reality is something quite different.

“Triple Frontier” tells the story of five former special operatives who travel to South America to rob a drug lord of millions of dollars and keep the money for themselves. When things go horribly wrong they find themselves having to make hard choices and usually that means shooting their way out of chaos into something even worse.

Yes, the performances are fine, the locations exotic, and the direction sure handed, but what makes “Triple Frontier” so erratic is the macho, cliched dialogue. These characters would rather use firepower than their brains and despite being highly trained and disciplined, they’re also selfish.

Movies aren’t good because they have a moral center but “Triple Frontier” lacks any moral code other than kill or be killed so I can keep my cash and it betrays the audience at every turn.

By the end of this two hour and five minute soulless spectacle I felt nothing for the characters, not an ounce sympathy. The ending begs for a sequel but I’ll likely pass.