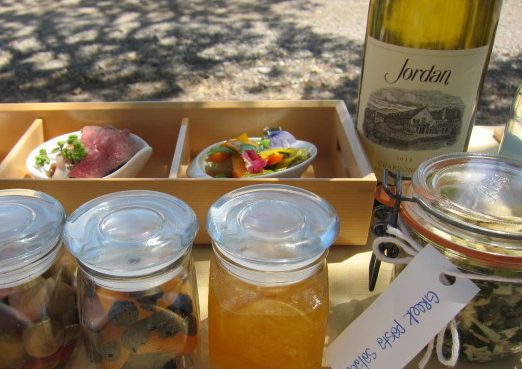 Thankfully the duo came together to graciously tell the heroic story of one man and 200 seconds. On this week’s “Wine and Film, A Perfect Pairing” podcast on reVolver Podcasts Gary discusses the subtle, meaningful and beautiful film, “Sully” based on Pilot Sully Sullenberger who landed his US Airways jet on the Hudson River in 2009.

Pairing with this beautiful film a high quality winery in Sonoma County, that consistently produces some of the most delicious, varietally correct wines in the region, Jordan Winery.

To listen to the show please follow the link here and click “Episode 12.” Or, you can listen through iTunes or Google Play Music, and remember, right now it is free to subscribe.

We’ll have our second segment posting on Sonoma County and last weekend’s #SonomaWineCountryWeekend up shortly with great tips on where to stay, visit and eat while in Sonoma.
Cheers! 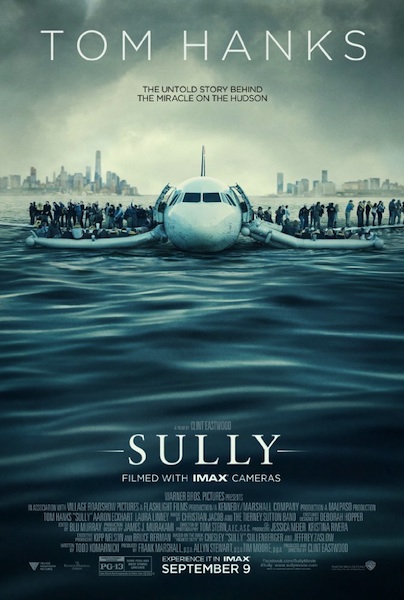 “Sully” is a beautiful, understated film starring Tom Hanks as U.S. Airways pilot, Sully Sullenberger, who landed his Airbus A320 on the Hudson River after a flock of Geese crippled both engines in 2009. He became an instant hero when all 155 souls on board survived and the world looked on with amazement labeling the incident, “The Miracle On The Hudson.”

What sets “Sully” apart from all the other cinematic super hero noise-makers is the quiet no nonsense manner Mr. Sullenberger goes about his business.  In the capable hands of multiple Oscar winner Tom Hanks, he is a compassionate thinker, a man of character, and the last thing “Sully” wants is attention for doing anything other than “his job.”

Director, Clint Eastwood, also understands his title character’s mind-set, and has crafted a movie about integrity rather than showmanship. His film takes the high road and not once begs the audience to “look at me.” This humble approach to film-making and story telling doesn’t mesh with the current stream of self-aggrandizement. Look for Laura Linney and Aaron Eckhart in equally humbling parts serving the film on the highest level.

In it’s quiet approach to hero worship we find a hurting city that wants to help, a well trained flight crew doing what it was trained to do, and first responders willing to protect and serve.  There is very little conflict here other than government investigators, but we already know how that turns out.

Celebrate “Sully” as a smart film going experience. I was happy to go along for the short ride of 208 seconds it took to make “The Miracle” landing happen,  and even happier to set all of the current political conflict aside for a moment and just honor this remarkable unassuming pilot.

Started over 40 years ago, Jordan winery in Alexander Valley can be tied to Sully through 2nd generation owner John Jordan, and though John may not be quite as quiet or soft spoken at Sully, he does have the heart of a giant, and his is a pilot, though for his own small planes only.

Jordan Winery was founded in 1972 by Tom and Sally Jordan, who at the time wanted to make high quality, Bordeaux style wines in Sonoma. They then developed their incredible Alexander Valley Chateau as a place of both premium winemaking, as well as stellar hospitality.

This has expanded under their son, Jordan Winery Proprietor and small plane pilot, John Jordan’s watch. Today the estate vineyards are grown through sustainable practices, the winery going very green and using solar, development of their estate garden that provides much of the produce used for the various gourmand tastings at the winery, a cattle ranch, olive and fruit trees with the winery annually producing their stellar olive oil, and a program to get visitors out into the vines.

A few years ago they launched their seasonal “Estate Vineyard Tour & Tasting,”  traveling in style via their luxury van, to remote parts of the vineyards to see and feel the fruit, all along the way tasting Jordan wines, as well as items from their gardens, olive oils, and delicious beef from their grass fed cattle. One of the best ways to experience what Sonoma really is about, as this laid back community is as much about the earth as it is about tourism, as much about premium quality produce as it is great wine. 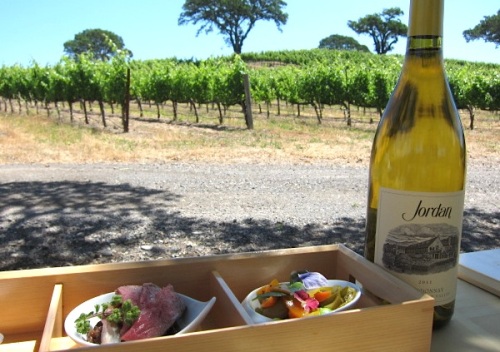 And, though often known as the life of the party, John also has a truly soft side. Founded in 2012, the John Jordan Foundation was created to provide disadvantaged youth and young adults with the tools needed to excel educationally and professionally. Its mission is to support children’s success from cradle to career.

Since its inception the John Jordan Foundation has aided more than 80 educational and vocational programs in California touching more than 10,000 children. Foundation’s philosophy is simple, fill cracks in the education system and support cost-efficient, initiatives. Great wine doing great work for others, sign me up any day. More on what more Sonoma is doing for their community in our next post with #SonomaWineCountryWeekend.

One thought on ““Sully” Meets Jordan Wines on this Week’s “Wine & Film, A Perfect Pairing” Podcast”

There is something so beautiful about fragrant, luscious, delicious Champagne! #cheers 🥂🌴🍾