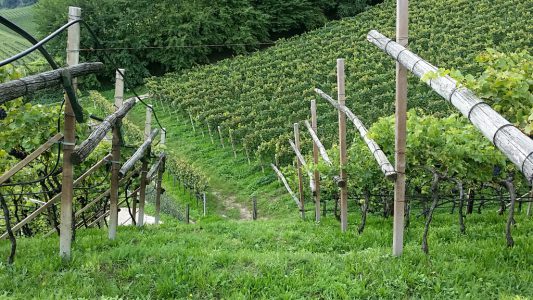 This week’s “Wine and Film, a Perfect Pairing” Podcast on reVolver Podcasts focused on a little bit of history with two war films, one in post WWI Australia in “The Light Between Oceans” which we paired on an earlier post with one of the oldest wineries in Australia, Jacob’s Creek, and our second, a WWII film about an assassination plot of one of Hitler’s top officials in Czechoslovakia, “Anthropoid.” As I am not terribly familiar with a lot of Czechoslovakian wines, I opted to pair with another post Austrian-Hungarian ruled region, Alto Adige in Northwest Italy, and one of my favorite wineries in the world, Elena Walch.

To listen to the podcast follow the link here, and click “Episode 11.” Gary’s review and a little more about the wines below. And, listen in this Friday when we talk Sonoma Wine Country Weekend and “Sully.” 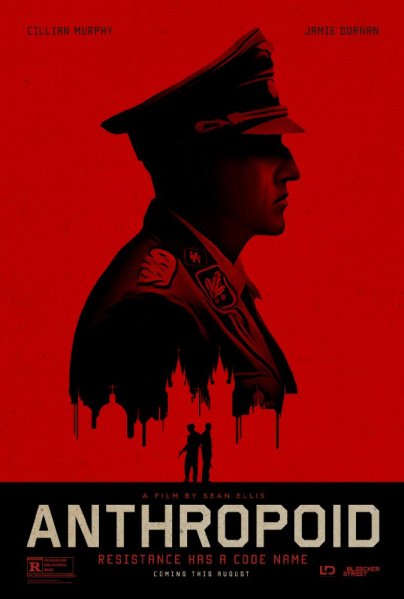 “Operation Anthropoid” was the code name for the WWII mission to assassinate Nazi Germany’s third in command, SS General Reinhard Heydrich. A 1942 event I knew little about, and after seeing the film still remain saddened and slightly confused by the details of what happened. I do know it didn’t turn out well.

The film, “Anthropoid,” takes place in occupied Czechoslovakia starring Irish actors, Cillian Murphy (Batman Begins, 28 Days Later) and Jamie Dornan (Fifty Shades of Grey) as Czech loyalists who parachute back into their homeland to organize the underground and carry out their plan. Things aren’t as efficient as they would like, but eventually the day arrives and that’s when the film finally kicks into a higher, more tragic gear.

British writer/director Sean Ellis (Metro Manilla) wades through the first half material as if we were watching a British television series filled with proper accents and too much time on their hands, then all of a sudden the clock begins to tick and without much practice or confidence, the gun miss-fires, the General is gravely wounded, and here comes hundreds and hundreds of Nazi’s.

I could go on and on about being better prepared but what happened in Prague during this time is filled with unthinkable acts against citizens in retribution as 15,000 Czechs were rounded up and killed following the “Heydrich Terror.” History is hard to face when things don’t go as planned and the cruel world of the Nazi’s is on full display in, “Anthropoid.

Yes, it’s an uneven film that could have been tightened and tweaked and better, but it remains a fascinating piece of WW II history, and sometimes sadness is an appropriate response.

Though there are wines produced in Czechoslovakia, mostly in two main wine regions in the Czech Republic, Bohemia and Moravia, focused on producing aromatic whites like Riesling, Muller Thurgau and Sauvignon, sadly, I haven’t had any.  So I will use another historical reference to tie this one together. Earlier in the podcast we spoke about WWI, fought between the Central Powers, which included Germany, Austria-Hungary and Turkey.

Like Czechoslovakia a tiny part of Italy in the far Northwestern region, near the Austrian boarder by the Dolomite Mountains, was also once under Austrian-Hungarian rule, and still maintains a very Austrian/Germanic lifestyle. This beautiful part of the world is Alto Adige, one of my favorite wine regions in Italy. One favorite winery is female founded and run today, as is often not the case for central Europe, Elena Walch.

Elena Walch, an architect by trade, married into one of the most historic family wineries in Alto Adige in the 1980’s. She fell in love with Werner Walch while restoring the family’s 17th Century Renaissance castle built by the Hapsburg dynasty in 1620, Castel Ringberg. When the two married she left her trade to become a winemaker with Werner. After working side by side with Werner in the family winery, Wilhelm Walch, she branched out on her own and started her family owned winery, Elena Walch.

With Werner managing the traditional, Wilhelm Walch, Elena’s focus is on the nontraditional, growing varieties that were not as popular when she started in the area, but have become so now due to her efforts. Her focus on creating wines that showcase where they came from, with the highest quality from varieties like Chardonnay and Merlot, has transported her to becoming one of the most well respected wineries in the region. And, she has her two beautiful daughters working with her side by side, Julia and Karoline.

Her Beyond The Clouds Chardonnay blend is vibrant, and fresh with rose and white flowers, bright citrus, tropical fruit with a touch of baked apple on the finish. Lovely, elegant and refined. Elena Walch Gewürztraminer truly tastes like the beautiful fruit at harvest, filled with roses, spice and juicy layers of sunshine filled fruit. Balanced and fresh, very fruit forward while maintaining an overall dry and somewhat full palate. Happily, her lovely wines have recently become available in Dallas.