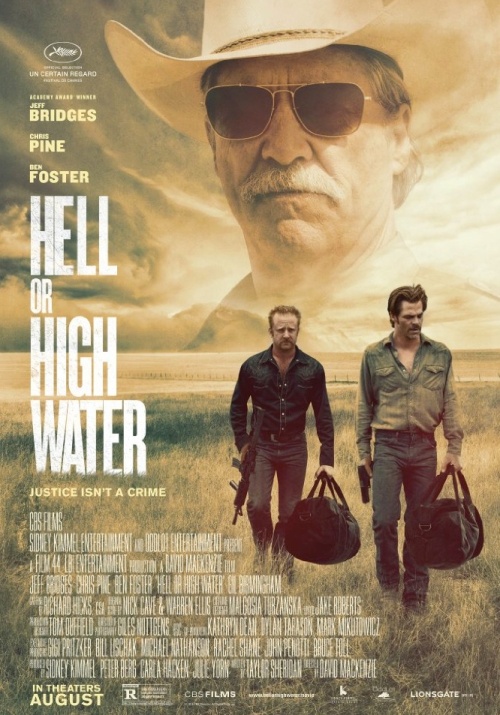 This week’s “Wine and Film, A Perfect Pairing” podcast on reVolver Podcasts, we discussed two big films, one great the other not to much, and pair with big wines, and thankfully both are great. We posted earlier this week on “Ben Hur” paired with wines from Golan Heights Winery. Now, on to what Gary calls the best film of the year so far, “Hell Or High Water” staring the incomparable Jeff Bridges, with Chris Pine, Ben Foster and some very funny waitresses. Pairing with this West Texas film that made me very thirsty, an earthy, dusty Rutherford Cabernet from Napa Valley, Inglenook.

More on both below.  And, listen to our podcast here, just click “Episode 9,” or subscribe through iTunes or Google Play Music.

The Film: “Hell Or High Water”

“Hell Or High Water” is the best adult-minded film so far in 2016. A West Texas crime story that resonates on multiple levels and begins with a bank robbery by two brothers, played by Chris Pine (Star Trek) and Ben Foster (Lone Survivor). They have personal reasons for robbing multiple branches of the Texas Midland Bank, and on their trail is a wise and soon to be retired Texas Ranger played Oscar-caliber by Jeff Bridges (Crazy Heart, The Big Lebowski).

Yes, it sounds a bit like the Coen Brother’s, “No Country For Old Men,” and that’s a good moody comparison, simply because of it’s tone and quality, but “Hell Or High Water,” plays even more realistic.  Writer Taylor Sheridan (Sicario) and British director David Mackenzie (Starred Up) capitalize on current hard times in a dusty unemployed environment. For sale signs dot the desperate landscape and in this world, just like in real life, most people legally carry.

“Hell Or High Water” features a number of stunning moments of emotional clarity. The scene where Jeff Bridges is fighting for his breath and fires his rifle is one of tension and heartbreak that only happens in films on such a high level. Bridges is approaching the same “adopted son of Texas” status as Robert Duval (Lonesome Dove).

I live in Texas, and I understand the nuances of what is going on in, “Hell Or High Water,” from the subtlety sadness of a flirty waitress, to a loyal brother, to a thoughtless reverse mortgage lender, it’s all a part of an authentic cinematic plan carried out to perfection. Movies this good rarely appear at the end of summer, and my advice is to run as fast as you can and get in line.

My only disappointment? Finding out during the closing credits that “Hell Or High Water” was mostly filmed in New Mexico. I knew those mountains in the far background didn’t look right. 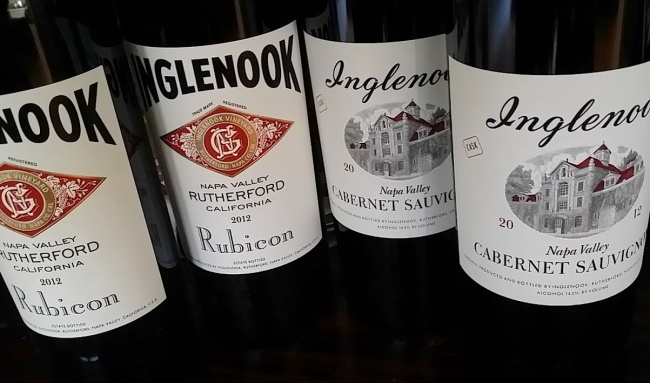 This film made me thirsty, as sun-drenched, dusty West Texas days will do. And, the best thirst quencher for many Texas cowboys is a good Shiner Bock, as was well represented throughout the film, along with a Lone Star Beer or two. However, when I think dust, my mind and palate go to the Rutherford region of Napa Valley. Between Oakville and St. Helena the Rutherford Bench soils bring a layer of earthiness, dense structure and concentration that others in the region don’t have, it is quite distinct.

This idea coined the phrase “Rutherford Dust” originally by the great André Tchelistcheff, of Beaulieu Vineyard, who spent over 25 years at the winery, followed by the incredible Joel Aiken. It takes Rutherford dust to grow great Cabernet,” claimed legendary winemaker André Tchelistcheff.

There are many, many great Rutherford wines, from Staglin and Caymus, Scarecrow, Raymond, Hall, BV and Quintessa. However, my personal favorite, and a hallmark wine for me that I think back on as an all time favorite is what is now known as Inglenook, re-adopting their historic name established by Gustave Niebaum, producing stellar wines for over 125 years.

Purchased by Gustave Niebaum in 1879, the estate would become Napa’s first estate winery. A Finish seaman who had immigrated to Alaska for fishing and became a trapper. He established a highly successful fur trading company in San Francisco, followed by purchasing the property in Napa Valley. For just $48,000 he purchased over 500 acres of land in Rutherford, taking on on the name, Inglenook, a Scottish expression meaning “Cozy Corner.”

The winery grew fast, with a great reputation, expanding their production from 80,000 gallons to 125,000 gallons in just 2 years, and being served at the White House in 1891. After Niebaum passed, away the winery went through many ups and downs, including ceasing operations completely, to coming back, to a dry period during Prohibition when grapes were sold to make juice and fermentation ceased completely.

The winery thrived for a period, then, as Mother Nature was unkind with small harvests, making profits even smaller, the family would start to sell parts of their now expansive vineyards, then eventually the historic estate when John Daniels, Jr. passed away. In 1975 Francis Ford Coppola purchased the winery with the goal to restore it to its former greatness, renaming the property Niebaum-Coppola. Rubicon, the estate’s flagship wine since 1978, is produced from the best estate grown fruit, including the historic Gustave Niebaum Cabernet Sauvignon selection, which was first planted in the 1880s.

This Rubicon wine has always had a special place in my heart. The vintage that I remember most was 1996, though all vintages from the 1990’s were amazing. I remember drinking this wine with my friend Becky at a little spot on McKinney Ave. in Dallas. The venue has long been closed, but I still recall how completely enchanting that wine was. Even though 1996 was one of the more difficult vintages, the wine was concentrated and intense, with incredible dusty earthiness, forest floor notes, with layers and layers of black cherry and floral violet, typical from the estate. 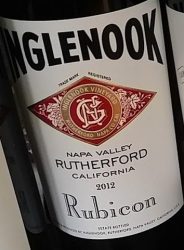 The Coppolas acquired the iconic Inglenook trademark and announce the estate will once again be known by its historical name, Inglenook in 2011 with Philippe Bascaules, formerly of Chateaux Margaux in France, as General Manager. The current 2012 vintage, now known as Inglenook Rubicon, is filled with currants, black cherries, blackberries, wild flowers and woody herbs, like thyme and sage. A bold wine, but intermingling with softness and delicacy. The wine is available through their website.