Mezmerizing and moving, this week’s “Cogill Wine and Film, A Perfect Pairing” podcast on reVolver Podcasts toasts the ipecable performance of Lady Gaga and her handsome co-star/writer/producer/director, Bradley Cooper, in “A Star Is Born.” It really is that good! More of Gary’s thoughts on this touching film below.

To listen to the show, click here, or listen through your favorite podcast site, including Spotify, iTunes, IHeartRadio or Google Play.

Also, we are excited to share a special deal with a fantastic new wine website called Wine Access which features hand-selected, premium wines from across the globe. If you are looking for a few great bottles of bubbles to enjoy with this, or any film, Wine Access has offered our listeneners an incredible deal of 20% off their already well-priced selections, just by clicking here or going to their website, wineaccess.com/cogill. 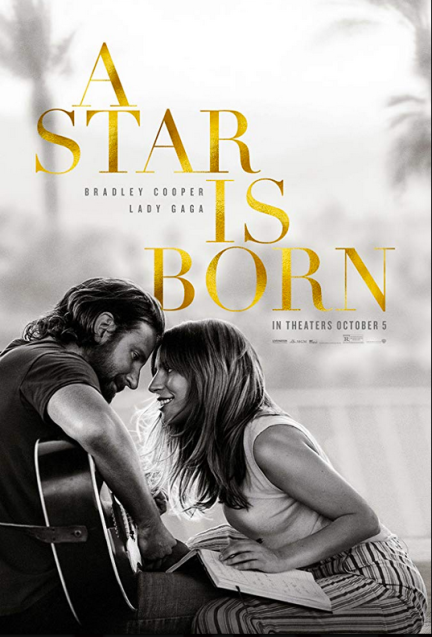 There is a stunning opening scene in ”A Star Is Born” where Ally (Lady Gaga) sings the French classic, “La Vie En Rose,” at a drag bar and sitting in the audience is a drunk rock star (Bradley Cooper) who falls instantly for the singer and her voice. What happens to him on screen also occurred to me in the theater, you might call it a complicated case of instant attraction.

“A Star Is Born” knocked me out on multiple levels, from the screenwriting (Cooper) to the music (Cooper & Gaga) to the intimate cinematography by Matthew Libatique (Black Swan, Requiem For A Dream, Inside Man), to the films’ confident direction (Cooper), and finally to the beautiful, Oscar-level performances by Lady Gaga, Bradley Cooper, Sam Elliott, Andrew Dice Clay, and Dave Chappelle.

Something is going on here that rarely happens with first-time filmmakers, especially those who transition from acting. Robert Redford did it in 1980 with “Ordinary People,” Kevin Costner did it in 1990 with “Dances With Wolves,” Greta Gerwig did it last year with “Lady Bird,” so did Warren Beatty (Heaven Can Wait) and Orson Wells (Citizen Cane).

Making Oscar-contending, even Oscar-winning films their first time out is an impressive feat that needs to be honored. It’s too early to tell, but I’m presumptively adding Bradley Cooper and his film to the list.

And then there’s, Lady Gaga, who jumps off the screen with such natural empathy it makes you believe everything she is saying and singing.

There is a beautiful, revealing, early scene in the film sitting outside on the pavement of a late night grocery store where both characters sing private lyrics to each other. It’s such an intimate, lovely scene you don’t want it to end.

And it doesn’t, because shortly after Ally is standing backstage during one of his “live concerts” and he coaxes her on stage to sing before thousands the song she started on the pavement the night before. It’s a magic moment for an actress, an actor, a filmmaker, and an audience.

The second half of “A Star Is Born,” drifts intentionally into a gut punch of alcoholism, substance abuse, fame, family, insecurity, mansplaining, and a dog that you will always remember.

It’s just as good as the first half, just more difficult and demanding. Remember, great movies are not always your friend, your buddy or your pal. If it speaks the truth, it should hurt, and this one does.

It’s a long way until the Oscar nominations in January and dozens of contending films are on the way. But, in early October we have already have a film that is both thrilling and meaningful with a new director and a fabulous new actress.