We’re Back! This week on both our “Cogill Wine & Film, A Perfect Pairing” Podcast on reVolver podcasts, and in the December 28 entertainment section of “West Hawaii Today” we toast the best films of 2017, according to the man who knows best, Gary Cogill. Our show this week recapped Gary’s top 5, the article, as noted below, includes his top 10.

Listen to the show, with a few of my perfect wine pairings, here, or through iTunes, Spotify, Google Play Music or IHeartRadio. We took a little break as we settled into life in Hawaii, but we are thrilled to be back hosting shows, and pairing wine and film.🍷🎬 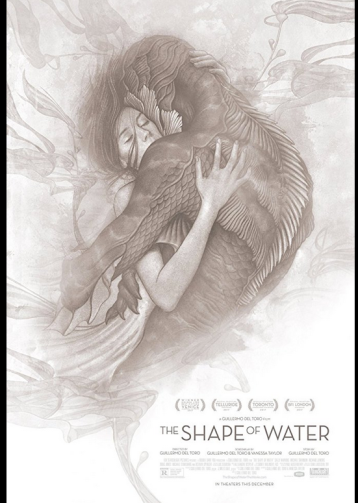 1. “The Shape of Water”
An emotionally complicated fairy tale that plays like a mix between the 2001 French classic, “Amelie,” and the 1954 black and white monster flick, “Creature From The Black Lagoon.” An adult mind bender that pays homage to the past and honors the cinematic technique of the present and future. Director Guillermo del Toro (Pan’s Labyrinth) has always had vision but in this Oscar contender he comes full circle telling a story of love, romance, racism, politics, faith based bullying, and science. Sally Hawkins leads all female Oscar contenders as the co-worker in love with an underwater breather.

2. “The Post”
Journalism at it’s finest has always been a big part of movie history (All The President’s Men, Spotlight) and “The Post” belongs in the same headline. Meryl Streep is perfect as the the first female publisher of a major newspaper standing on equal ground with Tom Hanks as Washington Post editor, Ben Bradlee. Director Stephen Spielberg honors the process by making an ensemble film that speaks truth to power no matter the consequences. This Nixon era thriller rings eerily true today.

3. “Call Me By Your Name”
Near the end of this poetic, enlightened film a father (Michael Stuhlbarg) speaks reassuring wisdom to his emotionally distraught son and it’s one of the most beautiful scenes in movie history. Armie Hammer gives his finest performance on film playing the American research assistant living with a family in Northern Italy in 1983. The slow burning romance between the son and the visitor is handled with such delicate honesty it takes your breath away. Oscar nominations all the way around for, “Call Me By Your Name,” including Picture, Screenplay, Cinematography, and acting nods for both Hammer and Timothee Chalamet.

4. “Dunkirk”
The sights, sounds, and ambience of war take center stage in Chris Nolan’s masterpiece of WW II as the Brits accept personal responsibility for rescuing more than 300,000 of their own from certain death. Using little dialogue, a nerve wracking music score, and a sense of combat accuracy the audience gets a glimpse of what it might have been like to be in the air, on the land, or on a civilian vessel in May of 1940. The opposite of “Saving Private Ryan,” Nolan is to be commended for his restraint and his attention to detail. Watch it a second or third time, it’s a stunning film. 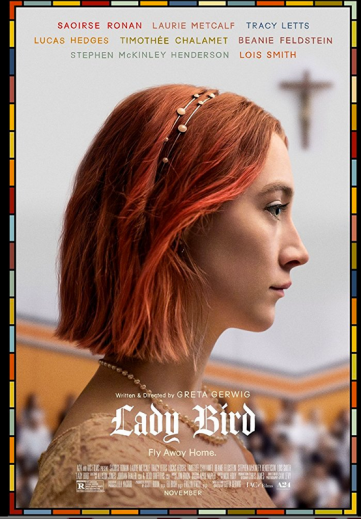 5. “Lady Bird”
A tumultuous mother daughter relationship in Sacramento, California jumps off the screen thanks to first time writer-director, Greta Gerwig, and it’s two Oscar level stars, Saoirse Ronan and Laurie Metcalfe. Movies like “Lady Bird,” are difficult to get made in the current Hollywood climate, but deserve just as much attention as the latest super hero. Every word, every frame rings true in a movie filled with opinions and observations ultimately resulting in love and forgiveness. This is a real gem.

6. “Three Billboards Outside Ebbing, Missouri”
Oscar winning actress Francis McDormand lays it all on the line in a tough talking, hard nosed, R-rated movie about a mother who takes the law into her own hands when the small town police fail to solve the case. McDormand is a force on film and deserves a nomination for playing more than a local vigilante, she is also a mother and a friend. Look for Woody Harrelson (great in every film lately) and Sam Rockwell as officers forced to face their own fears while the mother faces hers. The more I think about, “Three Billboards,” the better it gets. 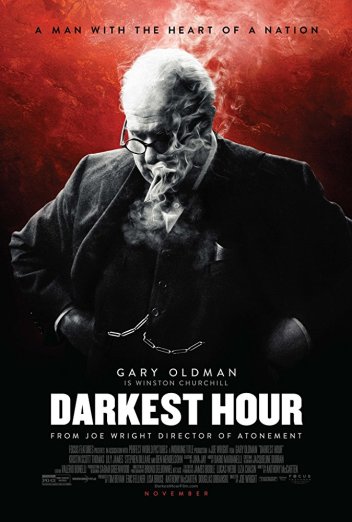 7. “Darkest Hour”
The perfect companion film to, “Dunkirk,” filling in the blanks of Nolan’s minimalist masterpiece and fleshing out the rise of the legendary Winston Churchill as the leader of the Brits. Gary Oldman leads all Best Actor contenders playing the cigar smoking, whisky drinking, Prime Minister determined to never negotiate with the Germans while giving some of the most memorable speeches in war time history. Director Joe Wright (Atonement, Pride And Prejudice) works his magic in a powerful piece of cinematic history.

8. “Baby Driver”
Driving a getaway car for bank robbers has never been as lyrical, or as deadly, as with Ansel Elgort behind the wheel who is fully plugged in to the soundtrack of his life. His mad skills and choice of songs eventually leads him to fall in love with a waitress played by Lily James and it’s not long before things begin to unravel. Director Edgar Wright (Shaun Of The Dead) his created his best film with Oscar level sound editing and a cast that includes Jamie Foxx and Jon Hamm. Unfortunately the cast also includes Kevin Spacey.

9. “The Big Sick”
A Pakistani stand up comic meets an American girl and a romance blossoms into a meaningful cross cultural relationship film co written by it’s star, Kumail Nanjiani. Based on real life, this is another independent jewel that is more than just boy meets girl. It’s boy meets girl, girl gets sick, parents get involved, and not everyone is clear about how they feel. Holly Hunter and Ray Romano are Oscar level as they maneuver their way into their daughter’s life and the film sends a strong message of tolerance and acceptance. 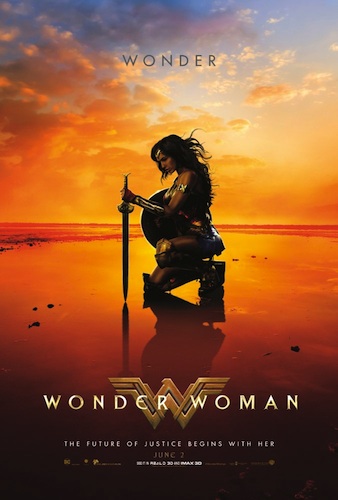 10. (Tie) “Beauty And The Beast” / “Wonder Woman”
“Beauty And The Beast,” is more than a girl power money grab, it’s a work of art on the highest level, taking the characters we loved in the 1991 animated musical and giving them new life in 2017. What Disney started with a live action “Cinderella” and “The Jungle Book” is nothing less than remarkable and continues here and hopefully in the future with “Aladdin” and “The Lion King.” These are special, well made film.

“Wonder Woman”
I can’t take my eyes off this film and it’s star, Gal Gadot. I am also proud of director, Patty Jenkins, who elevates the standard super hero fare giving it meaning, depth, and a conscience. Things happen for a reason in “Wonder Woman,” because this film is not interested in collateral damage for the sake of moving the plot along. The main character is also a butt kicking force to be reckoned with and nothing makes me smile more than seeing little girls walking into a movie theater dressed as, “Wonder Woman,” and leaving the theater empowered.

Other significant films from 2017: Get Out, Coco, Molly’s Game, The Disaster Artist, The Florida Project, Mudbound, Hostiles, OKJA & Greatest Showman