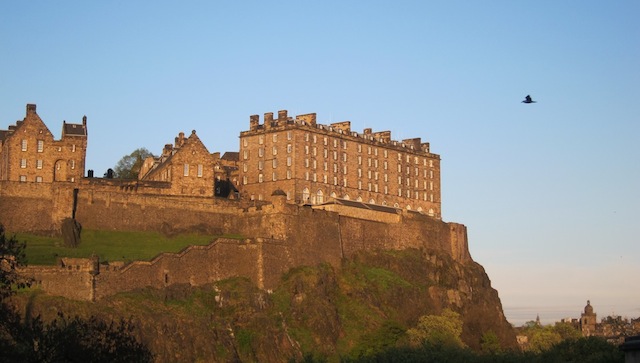 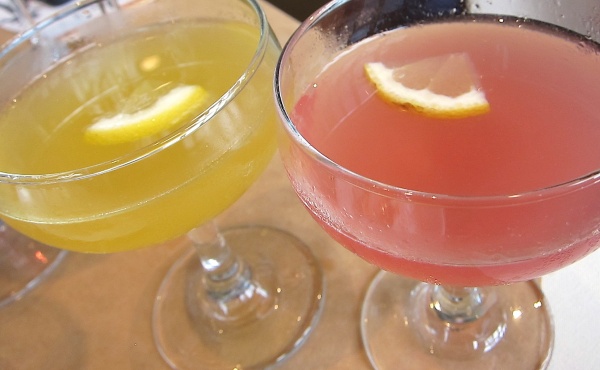 This week’s “Cogill Wine and Film, A Perfect Pairing” on reVolver Podcasts we raise a strong drink to the new Wolverine film “Logan,” and the reunited cast of “Trainspotting” in their sequel “T2 Trainspotting.” For the first, a toast with Patron Tequila, the second requires a dram of single malt for the Scottish lads.

Listen to the show here, and click “Episode 39.” Or through iTunes, Spotify, IHeartRadio or Google Play. More on the films, and some tasty cocktail options below.

I came to “Logan” late, after it’s initial release and I’m glad I did, it’s a terrific, enlightened film. Dark, violent, disturbing, and forced me to think about the X Men universe more than I normally would, since I have never cared that much for the mediocre, overblown X Men franchise.

“Deadpool,” re-engaged me on a higher level and “Logan” solidified my belief that there is a higher playing field here if you find a better director and screenwriter that wants to dig deep.

“Logan” finds Wolverine drunk and older but not wiser as he is forced to come to terms with his own mortality. Played impressively by, Hugh Jackman, it’s a dream role that expands and explains the fragile life of an aging mutant, still hunted, still saddened, and still living on the edge of “I give up” chaos.

Newcomer and British actress, Dafne Keen, arrives in the form of a possible “wild” child and before you can extract your blades and wreak havoc you have a father/daughter road trip with a dedicated purpose. Keen is a real find in “Logan.”

Writer/Director James Mangold (I Walk The Line, Wolverine, Girl Interrupted), has created one of the best films inside it’s own genre, and certainly within the X Men cannon. It’s painfully breathtaking at times, existing in a world that seems more real than manufactured and works on multiple human levels.

I have always appreciated the serious themes that run through the X Men franchise, from racism and intolerance to a military that shoots first and asks questions later. All relevant themes to explore but played out much better in “Logan” because it’s so well-written and so damn good.

“Logan” has me thinking at a time I was about to give up. The goal is now higher. Let’s see where it takes us.

It’s been twenty years since director, Danny Boyle, burst on to the international scene with a young, Ewan McGregor, and a screen load of Scots filled with drugs, rage, hatred, sorrow, regret, and self destruction. “Trainspotting” (1997) remains a monumental drug induced work of anarchy that is still one of the best anti-drug films I have ever seen. The original also featured a remarkable kick ass music score.

“T2 Trainspotting” is not as subversive or as disturbing as the original but it remains a solid “sequel,” or in this case, “reunion,” just to see if these characters have matured and moved on. Happily, the answer is no, they have not, they are still a mess.

Ewan McGregor (Mark) arrives in the Edinborough airport sad and only slightly wiser looking to pay back Sick Boy played by Johnny Lee Miller, and Spud played by Ewen Bremner. He has cash in dirty envelopes he stole during the first film’s final heist. All three characters are fascinating to revisit including a fresh out of prison Begbie, played with threaten your life vengeance by, Robert Carlyle.

Oscar winning director, Danny Boyle (Trainspotting, Slumdog Millionaire, 127 Hours, Steve Jobs) uses a fascinating series of camera techniques for his funny, disturbing reunion and it works. Most of the time such techniques distract from the story telling, but not here, it enhances, and like all sequels, the more you know about the original the better the film plays.

There is an obvious sense of danger watching, “T2 Trainspotting,” simply because you are never sure where it’s going to go. What could have gone soft and sincere never does, and what could have gone hard core almost does. It’s a dependable movie in the middle but still irreverent and borderline offensive.

And that’s the whole point. I enjoyed watching, “T2 Trainspotting,” and yes, it does feature another fine music score and the films sense of gallows humor is reassuring.

One thing is for sure, some boys never grow up. They try, they almost get there, and at times even mean well. But they just can’t, they are doomed to a life of crime and drugs, and in the case of, “T2 Trainspotting,” I find it oddly comforting.

Mexico serves as the home base of this older Wolverine, so Mexico’s favorite spirit, tequila is the only way to go with the various offerings of Patron being a favorite. The brand has a few different lines of tequilas, classic in Patron Silver, lightly barrel aged Reposado and 12 months aged Anejo, however, my favorite is Roca Patron.

Available in each of the three styles, Roca Patron is handmade in the traditional, time-honored “tahona” process, from 100% Weber Blue Agave, roasted in small brick ovens for 79 hours and pressed by a two-ton volcanic stone “tahona” before distilling and either aging or bottling. The Roca Patron Anejo 14 month aged sipping tequila is filled with dried fig, orange blossom, and raisin, melding with toasted caramel and toffee, perfect to enjoy on its own.

As with any barrel aged spirit, these notes of caramel and spice enhance the flavor, adding a richness and roundness. The key with barrel aged Reposado and Anejo tequilas though is that you also have the floral notes of the agave plant that come through, adding sweetness and freshness to the tequila, melding with the spice, fruit, and nutty notes.

I do enjoy at least a Reposado in sipping cocktails, as I like the additional flavor and depth created by the aging in the spirit, but Patron Silver is the go to for your classic margarita.

Patron Margarita
2 parts Patron Silver tequila
1 part Patron Citrónge Orange
juice of 1/2 lime
1-2 teaspoons of agave nectar, to your taste
Preparation: Add ingredients to an ice-filled shaker, seal and shake until very cold. Serve in a salt rimmed, ice-filled margarita glass or rocks. Garnish with a lime wedge.*
* any addition can be added to this classic cocktail, like watermelon juice, or prickly pear nectar; slices of jalapeno, slightly muddled to bring out the spice, with fresh basil or mint leaves; coconut water and pineapple juice; etc.

Toreador
1 part Roca Patron Reposado
1 part apricot brandy
juice of ½ lime
Preparation: Add all ingredients to an ice-filled shaker, seal and shake until very cold. Strain into a martini glass and serve with a lime wedge for garnish. 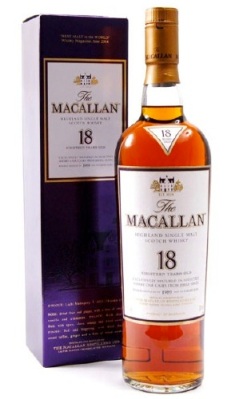 For our Scottish boys, who it would seem want to grow up, but probably never will, a drink from my motherland to toast my two tartan plaids. I like a dram of single malt, particularly a nicely aged 18 year Macallan. However, not sure these boys will really enjoy it (though I know Gary and I do.) If I was sipping while watching, a dram of 18-year-old, served with a simple ice cube is perfect. For those who prefer elaborate cocktails instead of something simple, for sipping, one of these should work.

Scotch Smash
2 oz blended scotch, like Famous Grouse, Monkey Shoulder or Chivas
.75 oz simple syrup
1/2 lemon
Mint
Preparation: Combine scotch, half of a lemon, and simple syrup in a shaker tin. Muddle, add mint and ice, shake, and strain over one large piece of ice in a rocks glass. Garnish with mint.

Rob Roy
2 ounces good-quality blended Scotch, like Monkey Shoulder
1 ounce sweet vermouth, like Carpano Antica Formula Vermouth
Dash of Angostura bitters
Maraschino cherry for garnish
Preparation: Add all ingredients to an ice-filled shaker, seal and shake until cold. Serve straight up in a martini or rocks glass, or in true “Trainspotting” fashion, a plastic cup, with a cherry.

If you like your scotch with a pint, as many Europeans do, the American “Boilermaker” was the common drink in the 1800’s where a “beer back” was often given complimentary (or as a tipple) with the hard liquor of choice. Deuchars IPA with a Balvenie 12 or Macallan 12. Both scotches are filled with caramel, orange peel and toasted hazelnuts, melding beautifully with the herbal, floral and bready IPA from Scotland.

There is something so beautiful about fragrant, luscious, delicious Champagne! #cheers 🥂🌴🍾