Episode 30 of our  “Wine and Film, A Perfect Pairing” podcast on reVolver Podcasts, we discussed three films in theaters now. First up, Ben Affleck’s new rum-runner, prohibition drama “Live By Night,” pairing with a rum instead of wine this week, a favorite from the Dominican Republic, Brugal Rum.

A few more notes on both below. To listen to the show, follow the link here and click “Episode 30.” And, be sure to subscribe through iTunes, Spotify, Google Play Music or IHeartRadio.

And, get your tickets now to join us at The Dallas Arboretum on January 26 for our “Wine and Film, A Perfect Pairing” preview event of the 89th annual Academy Awards. We’ll pair special wines with the top nominations of the year, and Gary will give a full run down of his predictions for this year’s winners. Tickets and details here.

The Film: “Live By Night”

The more I think about, “Live By Night,” the worse it gets and that’s always a bad sign. It’s a movie in the middle that is sometimes good but never great.

Joe carries a Tommy gun, he’s a romantic, he kills people, he’s a snappy dresser, he’s loyal, has a selected conscience, he runs rum from Cuba into Tampa, and he fights the KKK. What’s more do you want from a movie mobster?

To be honest, very little of Affleck’s screenplay connects on an emotional level despite everyone on screen going through personal hell. A kiss is just a kiss and a kill is just a kill, and frankly none of it thrills or hurts the way it should.

What does work is the impressive music score by Harry Gregson-Williams (Shrek, The Martian) and the Oscar level cinematography by Robert Richardson (Inglourious Basterds, Django Unchained). The images and music in “Live By Night” are awards worthy.

Unfortunately, “Live By Night” seems disconnected to it’s intended audience, falling flat and mediocre, when it should be visceral and thrilling to watch. The distance between the big screen and the front row is epic. 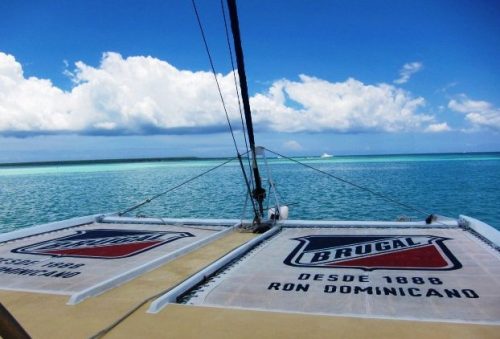 In my continued amazement, I end up in places I never dreamed sipping wine and spirits, tasked to write and speak about the experience. As with everything I do, I try to share a story of passion and dedication, showing the heart behind the products I am covering. Sometimes this is tougher than others. Thankfully, my visit to the Dominican Republic with rum producer, Brugal, revealed the heart of a company tied to classic tradition, yet modern, relevant and innovative.

Traveling from one side of the country to the other, experiencing both the history of the DR as well as the history of the company. My group and I began in the capital city, Santo Domingo, visiting the oldest permanent European settlement in the New World, Zona Colonial, established by Bartholomew Columbus, the younger brother of Christopher Columbus.

Then, a trip inland to visit the sugar cane fields, chopping a few 10 foot tall stalks, a catamaran ride to La Romana for rum cocktails made inside fresh coconuts with spiny Caribbean lobsters, and a quick prop plane flight to the northern town of Puerta Plata. This coastal community is home to the Brugal warehouses where the rum is aged in oak barrels stacked sky high in rooms open to the heat and humidity of the country, especially in the summer. This heat and humidity is one of the key aspects of making great Brugal rum. 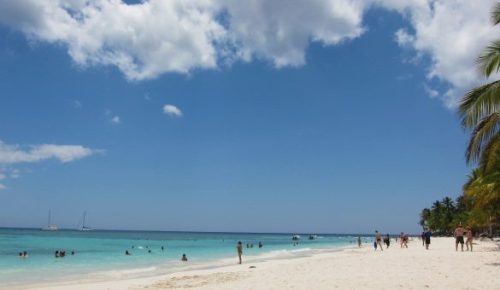 Started in 1888 by Don Andres Brugal Montaner, a Dominican who valued passion, dedication and hard work. Today, the family owned company follows these ideas, with every drop of the molasses based spirit made in the DR. Something unique, Brugal rum is distilled completely dry, making it a rather neutral spirit, then aged in barrels like whiskey. Brugal Anejo is perhaps the most well known product, the original, aged up to 5 years, but my two favorites include the Brugal Extra Dry and Brugal 1888.

When I was there they were just introducing the Brugal Extra Dry, completely neutral spirit w/o any burn – drink soda like you would vodka. Triple filtered to create a smooth palate, after 2-5 years aging. The filtering removes the color so it is completely crystal clear.

Brugal 1888 – sipping rum, distilled for dryness, then Double-wood aged for 6-8 years in White American Oak Casks, followed by 2-4 years in first-filled Spanish Sherry Oak Casks. Rich and distinct, the spirit is deliciously smooth and filled with dried orange peel, dried fruit, toffee and warm spice flavors. Enjoy on its own, or with a cigar.

One element I appreciated about Brugal, outside of their incredible products, was the family’s commitment to philanthropy and corporate social responsibility. The Brugal Foundation is the philanthropic arm of the company. With programs ranging from national infrastructure projects, like the country’s first universal road sign program, to school building and educational support for underprivileged children, Brugal is an intrical part of Dominican life.

We went to one of the schools built by the distiller for their foundation, experiencing the impact on the kids of the country first hand. It is easy to enjoy Brugal simply for the quality of the rum, but to support a product that does so much good for others makes this spirit a win-win for everyone.