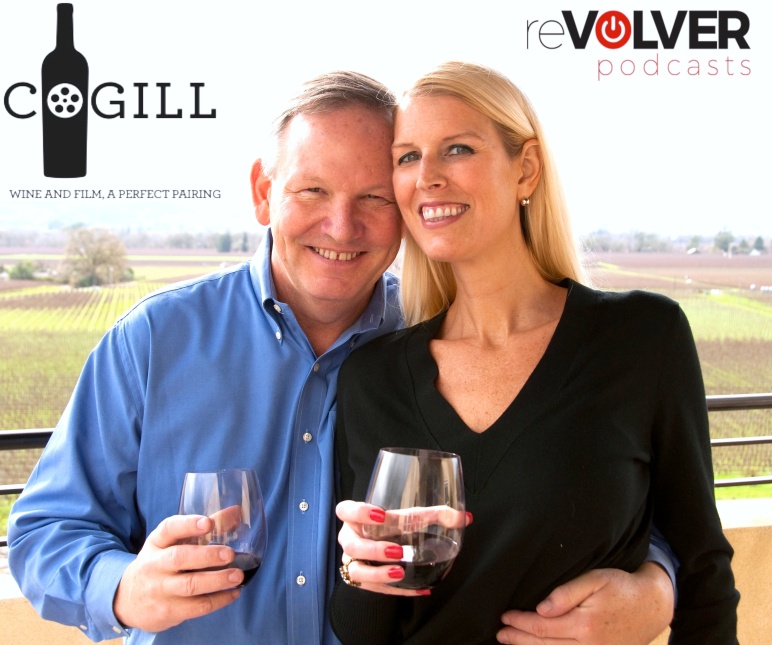 On this week’s “Wine and Film, A Perfect Pairing” Podcast on reVolver Podcasts we dig into two films involving war, first a post WWI drama taking place on the Western Cape of Australia, “The Light Between Oceans” and the second, a WWII espionage drama, with the attempted assassination of one of Hitler’s top men, “Anthropoid.” Both films were dark, often filled with grief, regret and sadness, but thankfully the wines don’t need to be. But, the pairing this week were wrapped in history.

First up, Gary’s review of “Light Between Oceans,” paired with one of the oldest wineries in Australia and the first in Barossa Valley, Jacob’s Creek.  Listen to this week’s podcast just follow the link here, and click “Episode 11.” We’ll have more on our other pairing of the week up shortly.

And, as we noted, if you are in the Dallas area, make plans to join us September 28 at the Dallas Arboretum for our “Wine and Film, A Perfect Pairing,” discussion. Gary will show featured clips from some of his favorite films of all time, each perfectly paired by me. We hope to see you there. Tickets are limited, and available here.
Cheers!

The Film: “Light Between Oceans”

I appreciate an old school tragic novel translated into a two hour film but, “The Light Between Oceans,” is a well-acted imperfection that tested my patience, my logic, and my cinematic stamina.

Michael Fassbender (Shame, Steve Jobs) plays Thomas, a shell-shocked WWI veteran who returns to remote western Australia and wants to be alone. I don’t blame him, he lost a lot of friends and part of his soul during the great war. He takes a job as a lighthouse keeper on a remote island, but wouldn’t you know it, he falls and love and marries Isabel played by, Alicia Vikander (Ex-Machina, The Danish Girl). Sad boys meets girl, they live in a beautiful setting, they can’t have children, and here it comes, a baby washes up on shore in a small boat. Bingo, instant family, and that’s just the first 45 minutes.

“The Light Between Oceans” features melancholy music that swells in and out with the tide, and when Rachel Weisz (The Constant Gardener, The Mummy) shows up crying because her infant daughter was lost at sea, you have the inner workings of a tragic tear jerker where no one seems to want to do the right thing.

I love tragic, slow, complicated films like “Howards End,” “The Remains Of The Day,” and, “The English Patient,” but I can’t talk about this aloof tragedy in the same breath. It’s also annoying to hear more British style accents than Aussie speak, and if I fail to get what is happening in front of me there is always Desplat’s music score to show me the way.

Writer-director Derek Cianfrance has traveled in tragic territory before with “Blue Valentine,” and “The Place Beyond The Pines,” both better films. His latest works most of the time but is simply too uneven and obvious to make me care.

Don’t get me wrong, there is a good movie here for someone else. Strong actors, beautiful photography, tragic story line, and a real life couple (Fassbender, Vikander) in starring roles. Watching their characters fall innocently in love is the best part of, “The Light Between Oceans.”

Unfortunately, that goes back into the water when the baby washes up on shore. I’m out.

This film though takes place in post WWI Australia, of which over 400,000 men had enlisted and 150,000 killed. It is understandable that Fassbender’s character would have wanted quite and solitude upon his return, as up until that point the world had not seen such tragedy in war. And, I am sure he would have needed to indulge in a few libations, bringing joy back through all the pain.
One of the oldest wineries in Australia, Jacob’s Creek, has been making wine in the country for over 160 years, well before both WWI and WWII.

In 1847, along the banks of Jacob’s Creek in Barossa Valley, Bavarian borh, Johann Gramp planted his first vineyard. His vision was to create great tasting wines that reflect the true character of the grapes and the land. To this day we live and breathe this vision by producing wines that showcase how each grape variety expresses itself when shaped by the soil and the sun of Australia. 1st commercial winery in the region.

Today the winery continues to thrive, in much larger production scale. One of their classic though, maintaining the elegance and quality laid out so many years ago, Jacobs Creek Reserve Shiraz. From Barossa Valley, the wine celebrates the native grape of the country, filled with sweet spice like cinnamon and clove, nutmeg, cherry, blackberry and spice. They did recently introduce a new concept for wine, and though it isn’t what I would go for every day, I can appreciate the thought.

Jacob’s Creek Double Barrel Shiraz and Double Barrel Cabernet Sauvignon, double aging the wine in whiskey barrels for a period of time after normal oak aging, adding additional texture, weight and flavor to the wine. In addition to the spice and fruit in the classic Shiraz, the double aging adds smoke, toasted nuttiness, caramel and a touch of orange rind in the hearty wine.

Always a joy to drink @Adelsheim #PinotNoir & this 2011 #BryanCreek had the vibrancy of a new release with amazing structure, texture, and that gorgeous Willamette Valley charm this is so irresistible! 🍷🍷🍷#cheers